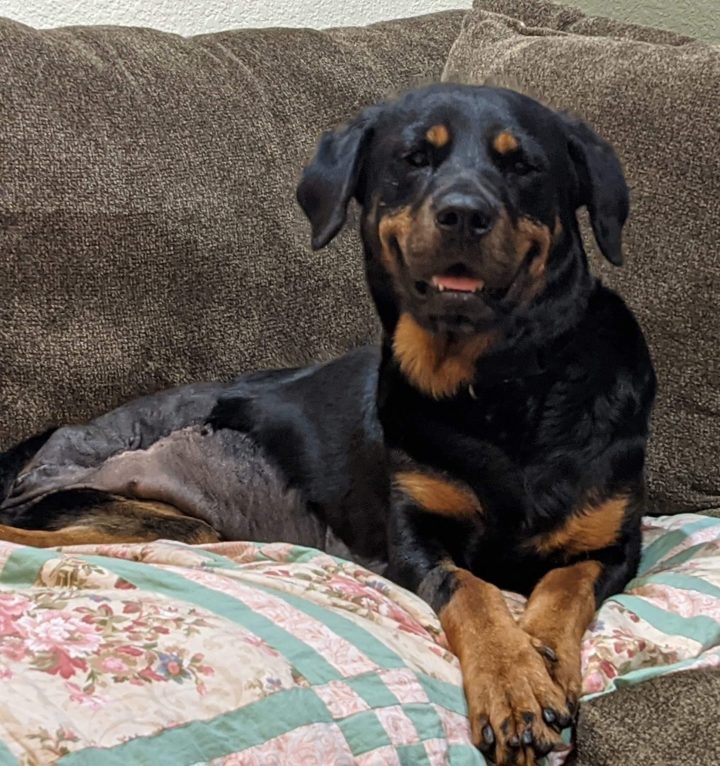 Stella’s rescue story begins on Christmas Eve 2020. She was spotted limping down a road in La Junta, CO by a young girl and her mother. The girl jumped out of the car and slowly called the dog over to her, she could see something was tightly wound around one of the dog’s legs and that it was causing her to limp. The dog came right over and laid at the child’s feet, ready for help and ready to be saved. The child and her mother called Animal Control and waited with her until they arrived. Stella was taken to the local shelter and the shelter manager knew the dog needed to be seen by a vet immediately because she was emaciated and the poor condition of her leg. The vet recommended the dog be euthanized, because who was going to help her?
That’s where our friends at Hwy 50 Freedom Ride stepped in and contacted My Fairy Dawg Mother Rescue. We agreed to take this girl under our umbrella, and give her a second chance that she so deserves. After a 7 day mandatory stray hold at the shelter, Stella was transported immediately to our vet in Aurora. CO where her rear right leg was amputated. She then went into her foster home where she has been healing and learning to be a dog ever since. Stella is all healed up and is now ready to find her forever family!
Stella is one of the sweetest, most submissive and affectionate dogs ever. She is good with other dogs, cats, and would be great with older children who understand her disability. Despite having only 3 legs, Stella gets around just fine – she can run, get up and down stairs and likes going on short walks. But most of all, Stella loves relaxing with her people, watching TV and snuggling at your feet or by your side. Stella would do best in a home that has easy access for her to go in and out of the house, with people who are home more often than not or will include her in outings.  Stella can be shy towards men at first, but just needs time to warm up and trust – treats are the way to her heart. She is an absolute foodie and will let you know when it’s time to eat! Stella has a loving, easy going personality and would love a home where she will be an important part of the family. 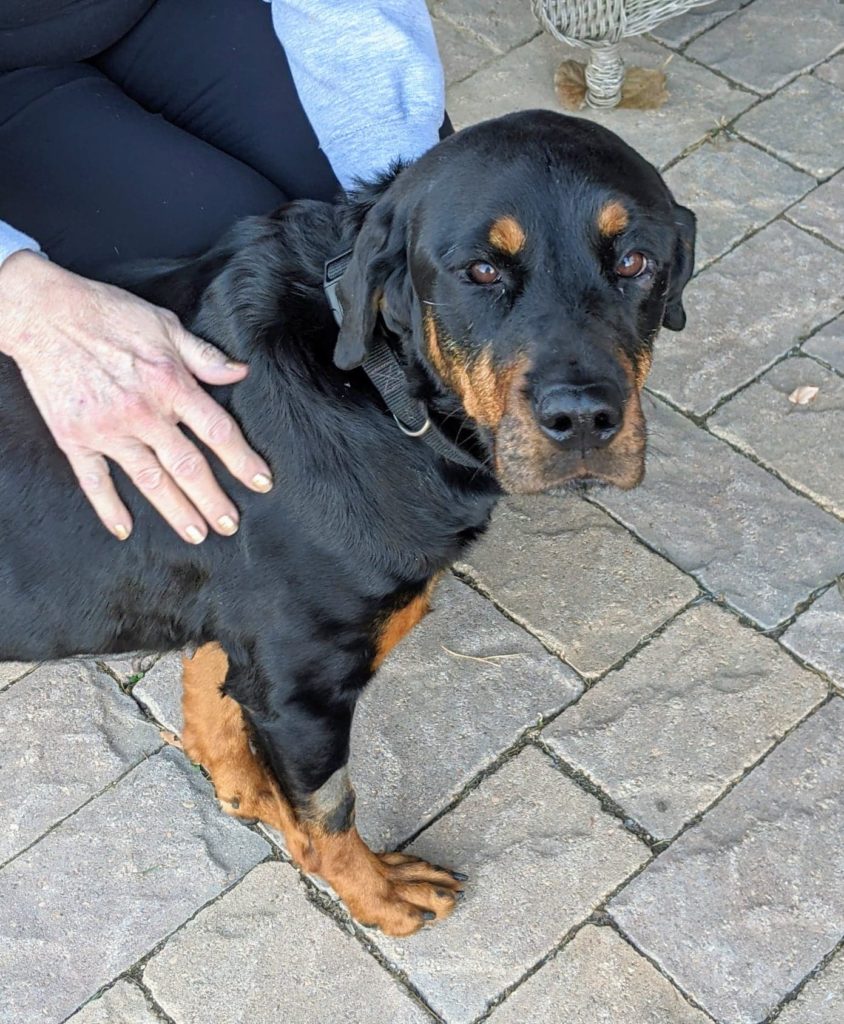 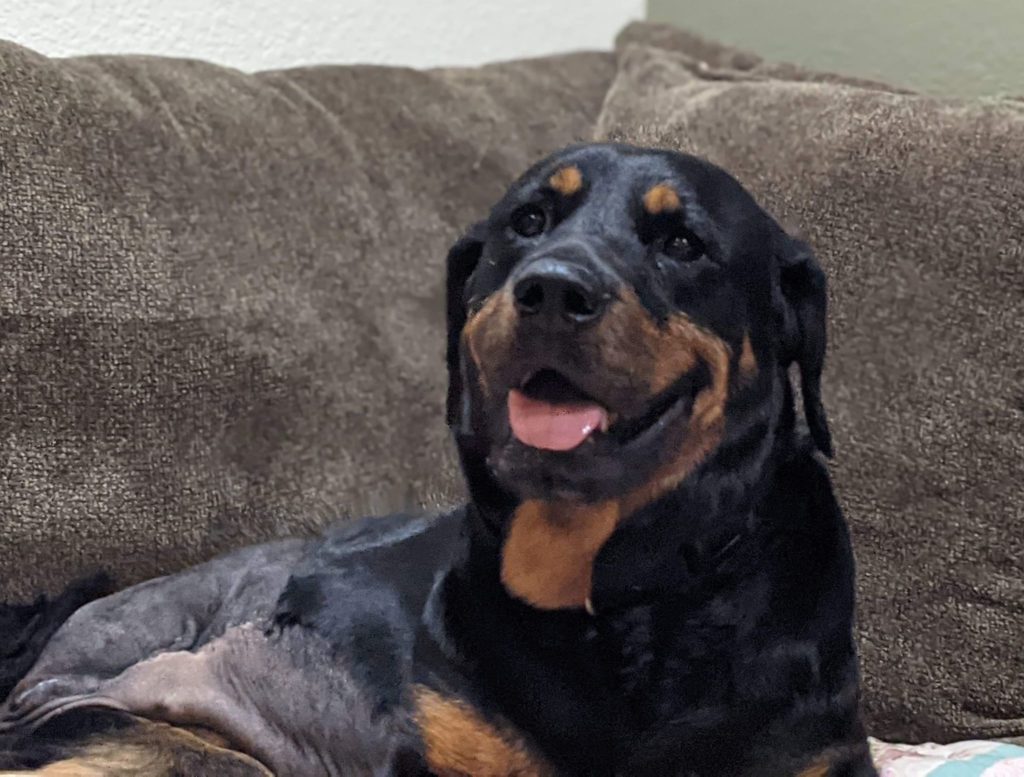 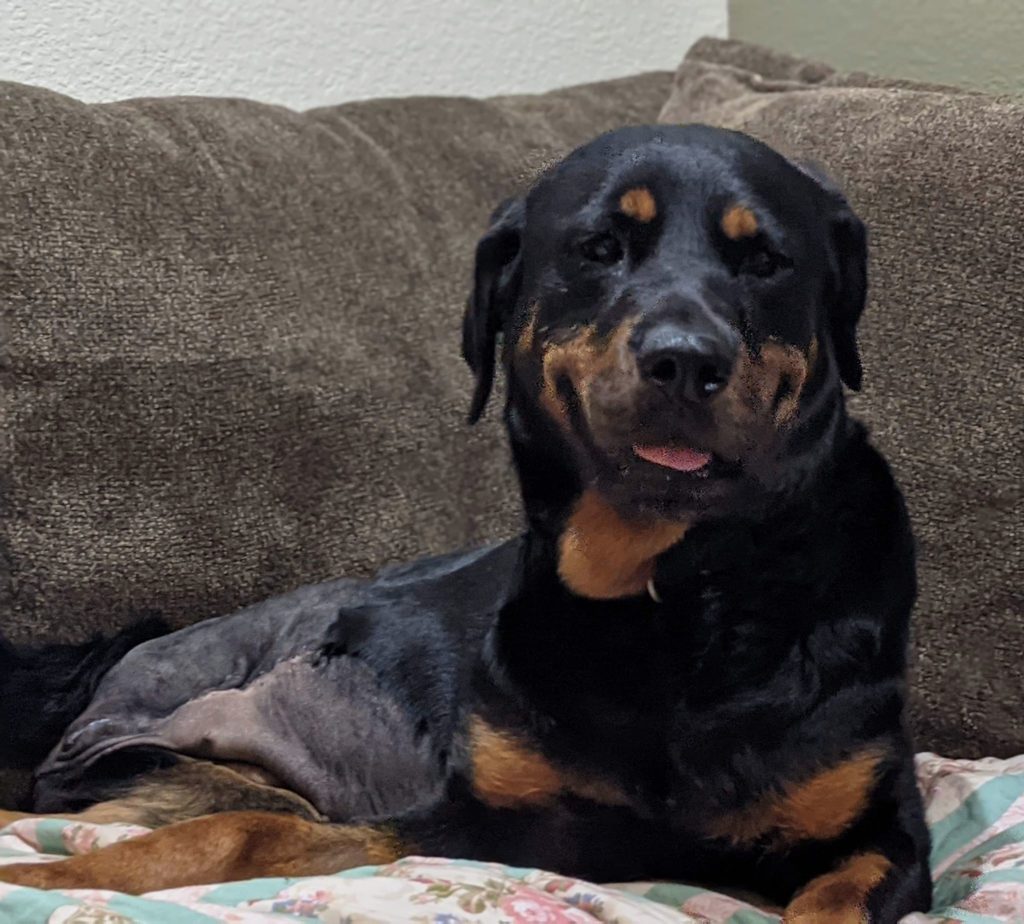