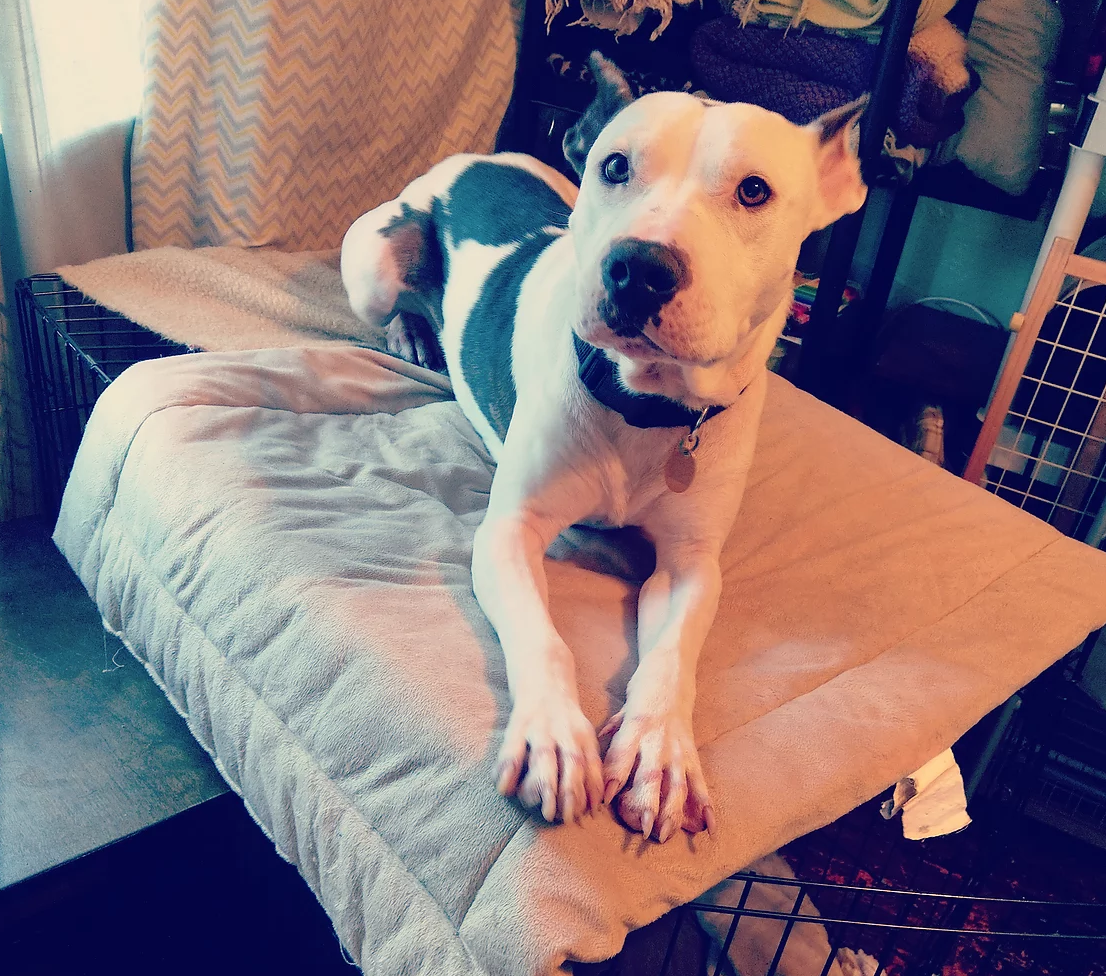 Buddy the Elf is currently in a foster home in Oklahoma. He was running out of time at the shelter, so they’re continuing to foster him until he finds his lucky family. We’re hoping to help him locate the lucky family who will be able to call him a member of their family.​

From Buddy the Elf’s Oklahoma fosters:

​Buddy is perfectly house trained and pretty well behaved. When we first brought him home he was terrified of everything but he has gained quite a bit of confidence. He doesn’t mind being in a crate but we don’t ever crate him. I recommend providing a covered crate for him regardless because he does like to retreat to his crate when he’s nervous or to chew on his bones. He enjoys sleeping on top of his crate as well. Buddy loves all people and is very social. He does well in public and enjoys going out to patios with us. He will need continued work to quit jumping up on new people when he’s excited. He is nice to kids but I would be concerned about him knocking little ones down. He does well with most other dogs but he’s a little bit too much for a lot of dogs. He’s kind of reckless and lacks manners when it comes to play time. He will do with fine with other dogs who can tolerate him and with an attentive parent. He should never be around cats and will need careful introduction to small dogs to ensure safety. He’s wonderful with my small male but he’s a very easy going little dog. My female schnauzer is another story :). Buddy can easily jump my 4 ft chainlink fence so he’ll need a tall, secure fence. He is very smart and can learn anything when treats are involved. He did not do well with clicker training because the sound scares him. He’s very loving and affectionate and enjoys hugs, kisses, and cuddling on the couch. He has super soft, velvety fur. He loves bones, squeaky toys and doing zoomies too! Buddy has a guard dog mentality when it comes to his house and yard. He is very protective and has had some issues with strangers coming in his house. We’ve worked with a trainer to practice having new people come in but it’s a sensitive subject for him and his new family will need to exercise caution with guests. When going on vacation, I’d strongly recommend boarding rather than a house sitter.

He is one of the sweetest, easiest foster dogs I’ve ever had and I can’t say enough good things about him.